Mostly durations, really. I seriously suggest you skip this one; it's just going out here because it needs a home somewhere and I like to keep stuff all in the same place. But hey, have some Otus to lighten up the night. 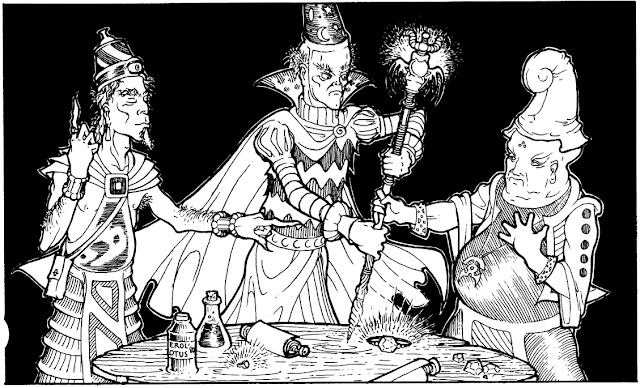 Dispel Evil is reversible (though good luck finding an application).

Earthquake has effects that are largely to the DM's discretion, with the described situations to be used as guidelines.

Insect Plague might very well work underground. It all depends on the local insect population. Also, 'insect' should not be taken in its technical meaning. Bug Swarm sounds stupid, though.

Know Alignment is reversible, and protects the subject from Know Alignment and similar means of alignment-scrying for the duration.

Lower Water functions like the MU spell of that name.

Part Water functions like the MU spell of that name, and is 5th level.

Symbol is permanent until triggered.


Bigby's spells are all put on notice: you may have your levels reduced in a coming installment, because you truly suck. 8th level to hit someone for 1d6? Really?

Crushing Hand cannot be attacked by the opponent it's currently crushing, except with special biology or the like, at the DM's discretion.

Grasping Hand cannot be attacked by creatures it successfully immobilizes, except with special biology or the like, at the DM's discretion.

Invisibility is reversible, though it does not always work on things that are natively invisible, e.g. an Invisible Stalker.

Irresistible Dance has a range of 30' and can affect all creatures in a 20' radius. Country dances need groups. Further, dancing is not always 'in place', but can take the affected creatures all around the spell area, depending on the dance.

Lightning will bounce, rather than just stop at a barrier it doesn't break through.

Maze has a duration measured in Turns and Hours, instead of Rounds and Turns.

Meteor Swarm uses a d8 instead of a d4.

Reincarnate uses a custom Super Secret Gonzo Reincarnation Table instead of the one in the book. Also, monsters (and talking badgers especially) totally can gain in levels.

Reverse Gravity is reversible, and requires anyone in the area of effect to make a save vs spells or fall prone and be unable to do anything that round. If the save is made, the creature may move at half speed and attack at -2 to hit.

Stone to Flesh can definitely be cast on objects that were not originally the subject of a Flesh to Stone spell. Boulder-sized meatballs are to be encouraged.

Symbol is permanent until triggered.

Teleport can send you low without instant death. 'Low' on the table works as 'high', but below the target. This might not mean in the ground! Smart wizards build raised teleportation platforms at home.

Wish and Limited Wish can't simply be prepared and cast daily in a spellbook. If you know either spell, talk to the DM about uses.


What? You're still here?

Go kill some monsters and take their stuff already! 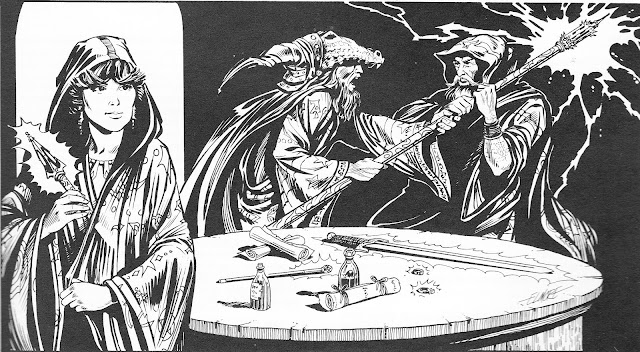