Review of Tower of the Stargazer What's this? A post potentially useful to someone else? Yes, in fact! I know, I know; you come here to listen to useless prattling. But not today!

If it's any comfort, I'm getting to this either two or six years late, far after everyone else has bothered themselves about it.

So at least I'm late to the party, as usual. Around these parts we call that 'fashionable delay,' or, 'the reason nobody invites me to parties anymore.'

One note: I'm not clear on how covered this thing is under the OGL or any other license, so I won't be giving any quotations or the like. Better safe than sorry, even in this tiny corner of the backwoods Internet.

Tower of the Stargazer is an introductory module for LotFP written explicitly not only for beginning characters but beginning DMs. I am a beginning DM - sort of. I 'ran' a long-running GURPS Fantasy 'campaign' for several years during high school, but I only had one 'player' and it was almost exclusively over the phone. I've run D&D a handful of times based on pre-made modules, but I can count the number of dungeons I've ever created on one hand, and the number of rooms each had on two. So if you want a beginning DM's perspective on something made for beginning DMs, you've come to the right place.

Just in case you've been hiding in the Underdark these past few years, Tower of the Stargazer takes place at a wizard's tower. According to Raggi's pre-script, it's his attempt to show people who want to run LotFP what kind of 'weird' Raggi has in mind for that game system. It's also, as mentioned above, written as a playable example of 'How to Write (and Run) a Dungeon'.

The central conceit is that the PCs are exploring a wizard's tower, with the twist that that wizard is still alive and trapped inside. It's pretty stripped down: there are no wandering monsters, and very few monsters at all. Instead it's a series of traps designed to only punish those who stick their noses where they don't belong.

The first thing I noticed when I picked this up is that the booklet is small. The pages are about half the size of a standard 8.5"x11" sheet, and there are 30 pages. No Temple of Elemental Evil here; it even beats out Keep on the Borderlands for brevity.

In addition, the inside is filled with grey boxes that contain advice on running, constructing, and interpreting both the module and further dungeons, meaning that the actual 'playable content' is about half as much as you would expect. That's not a bad thing, since the advice is more than half the point. It is, however, something to be aware of if you're thinking of picking this up.

Tower of the Stargazer is written for LotFP, which means it's compatible with other D&D retroclones with a minimum of fuss. Further, the only specifically LotFP-centric bit are the Armor values, which are easily converted, and the use of silver instead of gold as the basic currency.

A lot of the advice was helpful to me personally, either by sparking new ideas/reminders for my own creation, or calling out areas for personalization, or explaining the thought process behind including some particular piece of the adventure. There's one especially helpful aside about patterns in the dungeon 'architecture' - the purposes of rooms and whatnot. Others include advice on thinking outside the box (regarding what an 'encounter' or a 'trap' are) and a reminder to engage in cooperative creation by sticking unexplained red herrings into your work.

Beyond the advice, this is an imminently runnable adventure. I haven't played it, sadly, but it's definitely making its way into my game. It manages showcase the weird without necessarily imposing itself on your world, and is easy to place into practically any sort of game (so long as that game involves wizards and towers). It also pretty much immediately teaches players to be careful in the dungeon and not take things at face value, a useful lesson for beginners. Finally, it just looks and feels fun.


The adventure as written almost certainly will leave the PCs with a powerful, insane wizard out for their blood. The DM can control when this happens, and if this kind of long-term consequence isn't your bag, you can either ignore it or write it out. (Raggi's clear that the wizard will escape eventually, but this could be well after all the PCs are dead if you like. Or it could be tomorrow.) In any case, I like the idea of choices having consequences, and long-term enemies are definitely consequential.

The maps are all on the back two pages. They're well-drawn, and their placement makes them easy to use. 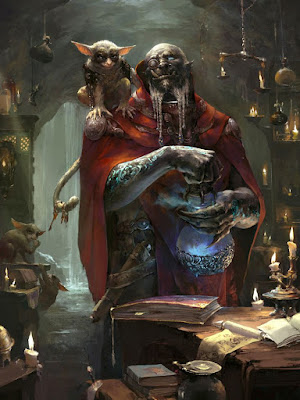 As mentioned above, this module uses no random encounters, which puts the onus purely on the DM - rather than the dice - to provide a sense of urgency. In several places the DM is reminded to be tracking light sources and other resources, but this can be difficult to remember at the table or something which your players dislike.

Several of the traps are rather deadly. I'm of the opinion that characters who mess with them have it coming, considering just how much effort goes into setting off some of them. (Most of the 'traps' are more "messing with stuff in a wizard's tower," instead of, "specifically in place to discourage looters.") That said, you might disagree.

Finally, and here's the big one: as written it would be very easy in two places for the module to end in an effective TPK. One of these would be more than deserved; the other seems a bit like an oversight.

The maps again. Because the booklet is small and the maps are put all on the same two pages (the tower has 7 small levels), things can get a little dense, especially if you're looking for individual specific details. (This is a small problem, only barely worth mentioning.)

Also, the top two levels of the tower are bigger than the other above-ground levels. This isn't called out in any explicit way, and might lead a DM who's not paying as close attention as he might to mis-describe either the inside or outside of the tower. 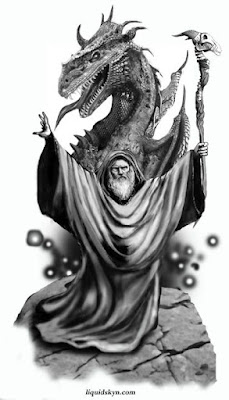 There are a few places where Raggi gets overly moralistic in the advice boxes. This grates a little, not least because it sounds like he's taking himself too seriously. Really, chill out a bit. It's a game about killing things and taking their stuff. That doesn't mean we need a lecture about war crimes*.

LotFP is a silver-based system, so all the prices are given in terms of sp. It's an easy conversion to make for gold-based systems, but it drove home to me why I don't want to switch to a silver basis. 'sp' just looks uglier than 'gp' typographically. 'gp' maintains an almost-symmetry, whereas 'sp' just looks lopsided and asymmetric. It's not quite as bad capitalized: SP vs. GP. But still.

...and that's where he leaves it. I want more information! How do I analyze modules to see this sort of thing in action elsewhere? How can I apply it to designs other than just for screwing the PCs over? Is there some framework I can use in my dungeon design to make sure these patterns remain both subtle and present, so the players can pick up on them and use them to guide decisions, but have to work at it? TELL ME! DON'T LEAVE ME HANGING, RAGGI! 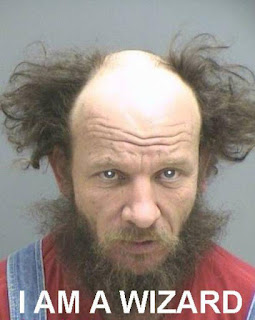 I'm not going to advise you to pick this up or not. That's your decision based on the above. However, I will say that I enjoyed reading it, and I think I'll enjoy running it. It was definitely worth the $12 I spent to pick it up at the FLGS. If you've found the above convincing, you can also get it from the LotFP online store.

How's it with GURPS?

Pretty easy to run, I would think. There are practically no monsters involved, and most (all?) of the traps operate on the player-decision layer rather than the mechanical layer. (You do this, then this, then this, and then you're screwed - no save.) On the other hand, what monsters there are would need beefing up significantly to go up against your typical 250pt DF party, not least because they're one-on-many encounters. Of especial note is the trapped wizard himself: in order to keep the original feel of a 13th level wizard vs. a 1st level party, you'd need to bump him up to....lots of points.

The other thing you'd need to change would be the last room, which relies on impassible force barriers. A DF wizard with the right spells could trivialize these pretty easily. It's a simple fix (magic resistant materials or a mana-drained area) that would make sense in context (it's the treasure vault).

Over-all I give this a 4/5 on my Completely Objective Critera Scale (hereafter in this briefing referred to as COCS - why are you laughing? This is Serious Business!)
Posted by Unknown at 1:12 PM