I have an affectation for hats. Yes, you read that right: an affectation, not an affection. I'm not really a clothes-horse; I just like to pretend to be on the internet.

There's something about hats as distinct from other articles of clothing. Sure, suits can be stylish, trousers can exhibit taste, shirts can be slick. Even socks can be suave. But a hat, well, the hat makes the man. Especially a hat like this: 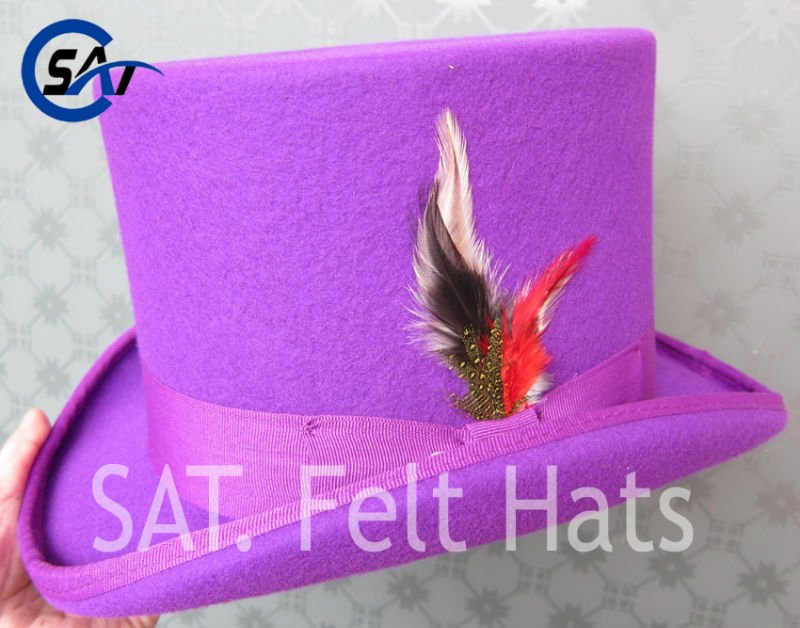 And of course, some hats show your admirers and fellow adventurers just how clever you are:

Unless otherwise stated, any of these hats will give a +2 reaction bonus from townsfolk, neutral bystanders, and intelligent humanoids you find in the dungeon, who will say things like, "Nice hat; you've got style," and, "That, sir, is the right model of a gentleman's haberdashery. Bravo!" In addition, all of these hats provide DR 3/1* to the skull. (If it matters, the effects are magical. Unless you decide otherwise.)

Hat of Faultless Coiffure: This hat looks like a flamboyant cavalier hat made of deep purple, blue, or red felt with the feather of some flamboyant creature, and in most respects behaves like one. However, it provides DR 10 (rigid, instead of the DR noted above) to the skull (and, if using partial hit locations, on a 2/6 to the face), doubled vs. toxic or corrosion attacks. In addition, it always is in prime condition and never soiled. Even if you swim through a lake of blood, all you need to do with your hat is briskly brush it off.

Of course, as every real connoisseur knows, the truly valuable power of this hat is that it also keeps your hair in faultless condition as long as it is worn.

Hat of Irresistible Allure: This homburg of black felt takes the usual powers of dashing hats and amplifies them. It gives you a +6 (!) reaction bonus on any request that will allow the requestee to stay near you. Mostly this is helpful, though it may occasionally become a nuisance, since creatures will behave according to their disadvantages, so that Greedy folks will try to steal or con you out of the hat, Lecherous ones will...well, let's not go there. Specifically, people or intelligent humanoids with the Jealous disadvantage will instead react at -4, as they envy your fine hat.

Hearty Haberdash: This is a pork pie that has earned its name. Specifically, usually it's an understated piece of headgear, suitable for natty suits and walking about town. However, thrice per day on command (usually something suitable like "If the thief is honest I'll eat my hat!") it will turn into a meal's worth of fine victuals of the owner's preference. Furthermore, the meal is so refreshing it restores all lost FP and ER as well as 1 HP.

Cap of the Wilds: This hat can be any of a number of sorts, with popular options being a papakhi, a kolpik, or among the more quixotic a deerstalker. Instead of the usual reaction bonus, it incurs a -1 reaction modifer penalty with most intelligent humanoids. However, with wood elves and mountain elves as well as all faery creatures and wild animals, it confers a +3 reaction bonus. In addition, it grants a series of woodland skills, either giving them at Attribute+2 or conferring a +4 on those who already have the skills. Popular choices are Survival (Woodlands or Tundra), Tracking, Camouflage, Weather Sense, Naturalist, Animal Handling, and Fishing.

Mitre of Holy Might: Of-times a tiara despite the name, this highly-coveted headgear acts as a personal Mana Enhancer 1 for Sanctity to Good religions plus allows divine intervention once per day as per the Cleric power-up in Dungeon Fantasy 11. However, on sight it instantly enrages all demons and undead, who will attack the wearer ruthlessly and exclusively in an effort to destroy him and his fancy-schmancy hat. In addition, any time the wearer comes into proximity to an evil altar, roll 3d: a 6 or less indicates that he has drawn the personal ire of the deity to which the altar belongs, gaining that god/dess as a personal Enemy (Hunter, but with intervention usually restrained to high-powered minions and occasional bolts of unholy fire) with an appearance of 6 or less. Subsequent enemies can either be new deities or increase the frequency of appearance; GM's choice.
Posted by Unknown at 5:41 PM